Be Cool,Scooby Doo! Coming in November 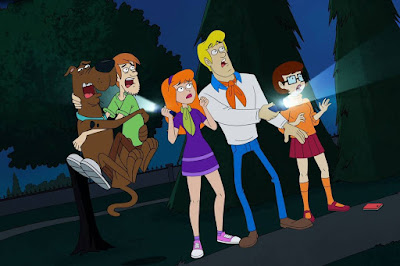 Boomerang's first original series, produced by Warner Brothers, will make its debut on Boomerang Europe on the last weekend in November. Here are the exact airdates :


This special weekend will include 2 Scooby movies as part of Boomerang Cinema followed by a Scooby Doo, Where Are You? mini marathon and then the premiere of the latest Scooby incarnation.

Be Cool, Scooby Doo! is the twelfth version of Scooby Doo, coming after Scooby Doo! Mystery Incorporated which was quite dark, serious and in my opinion very good. Be Cool is expected to be less serious and more fun with a whole new character design to fit the theme. The comments and critics haven't been good so far and I don't expect them to get any better after it debuts. We'll see...

Anyway, the show is expected to air on weekends only, at first and then after more episodes are aired in the US and translated it will probably get a weekday slot as well. I just hope it won't replace all the classic Scooby slots on Boomerang.

This is a promo from Cartoon Network US where the show will get a preview run before it continues on Boomerang.