Ever since Tiny Toons joined Boomerang in December last year, they've been airing the same 10 episodes or so. Whenever I tune in I see the same few episodes, it's either the one with that dinosaur or when Babs goes to that wacky land and becomes queen or the one with the Wolverine. These are the ones I see the most. Anyway, in April, finally there will be some ''new'' episodes, not previously aired. They will air from April 15. at 09.45 and will be replayed at 16.10. They will now also air on weekends at 09.45, replacing Droopy Master Detective.

From what I can see, there will be 13 new episodes aired before they start repeating them again, hopefully not endlessly as they did these last few months. Here are the episode titles: 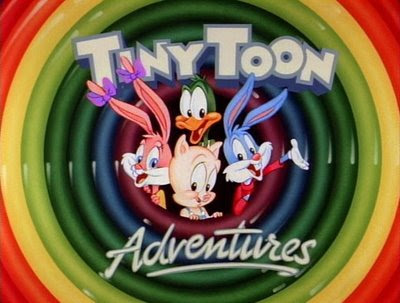 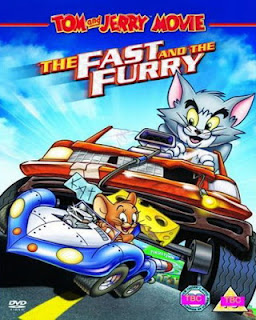 Tom and Jerry enter an extreme car race competition called the "Super Race" in order to win the grand prize of a beautiful, dream mansion! Driving suped-up hot rods that can adapt to any environment (land, sea or air), they compete in this wild race around the world, encountering famous landmarks along the way and leaving chaos in their wake. 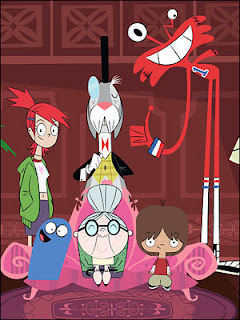 
Foster's Movie: Destination Imagination (2008)
A toy box appears at the front door of Foster's and Frankie is ordered to take it to the attic. When she looks inside the box, she gets sent to a strange world which has an imaginary friend that does whatever she wants. Frankie decides to stay because she never gets any appreciation for all her hard work. Bloo, Mac, Wilt, Eduardo, and Coco set out to rescue her.
IMDB.com 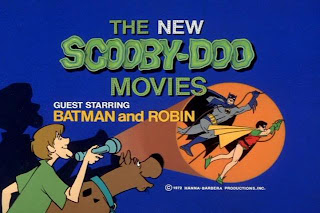 April 10. - 13.15/April 20. - 14.30
The New Scooby Doo Movies: The Dynamic Scooby-Doo Affair (1972)
Batman and Robin help the gang solve the mystery of a crashed plane, a punch toy filled with counterfeit money and a house that keeps on disappearing.
IMDB.com 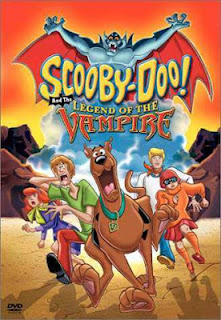 This is the first direct-to-video movie to have the flatter, bright animation style of the What's New, Scooby-Doo? TV series, departing from the darker shading and effects used in the four prior released movies. It is also the first Scooby-Doo movie to return to the original format where the monster isn't real. The series returned to a lighter tone than that of the prior four grim and darker movies.

Once again there are absolutely no changes to the schedule on weekdays or weekends. Very disappointing, the current schedule flooded with Cartoonito is not watchable at all, it only gets better in the evenings and overnights when classics air plus on Sunday when it's a true Boomerang again. On April 1. there will be additional airings of that silly Ha Ha Harries show (as if it's not aired enough already) throughout the mornings (07.00,07.40,08.30,09.25,10.05,10.50,11.30 & 12.20. CET). I will not copy the schedule here, instead will update the March schedule title to add April since it's the same.
Posted by RNDH1987 at 11:05 PM 6 comments: