This Christmas weekend (24.& 25. December) Boomerang is airing a special marathon of Pink Panther & Pals episodes and also 1978 Christmas special The Pink Panther in: A Pink Christmas. 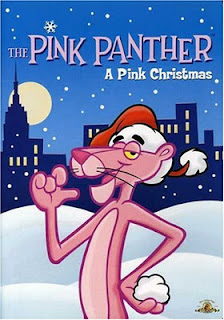 The Pink Panther is homeless and wandering a big city at Christmastime. Snow is on the ground and he is very cold, hungry and lonely. A chance discovery of a Santa suit leads to a job in department store as Santa, but when he takes a bite out of a little girl's lollipop he is chased by her irate mother and the department store manager. He also attempts to get himself arrested in order to get a meal in jail and to earn money for a meal by shoveling the snowy stairs of a nearby house, but his efforts are thwarted at every turn. Would the Pink Panther manage to survive the winter? You can find out only on Boomerang.


I'm not sure if they will also show a new Pink Panther & Pals Christmas special (airs in the US on December 7 ). It is featured in the promo I found on YT so I guess it will be also shown.

Here's the promo, posted on You Tube by turnerbenelux 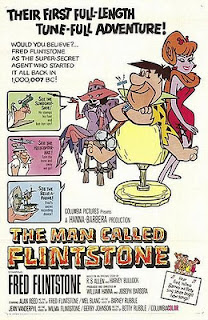 December 03/04
The Man Called Flintstone (1966)
In this feature-length film based on the "Flintstones" TV show, secret agent Rock Slag is injured during a chase in Bedrock. Slag's chief decides to replace the injured Slag with Fred Flintstone, who just happens to look like him. The trip takes Fred to Paris and Rome, which is good for Wilma, Barney, and Betty-but can Fred foil the mysterious Green Goose's evil plan for a destructive missile without letting his wife and friends in on his secret?
IMDB.com 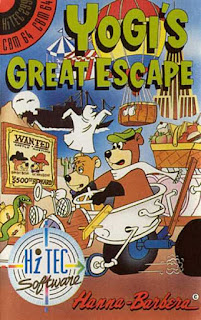 December 10/11
Yogi's Great Escape (1987)
Yogi & Boo-Boo wake up for spring and take in 3 orphan cubs who refer to them as their new uncles, but they soon discover that Jellystone Park is over budget and has to close, and Yogi won't move into a zoo. He soon creates a Super Car and he, Boo-Boo and the 3 bear cubs have many adventures while trying to escape Ranger Smith & his new cronies who want them in the zoo.
IMDB.com 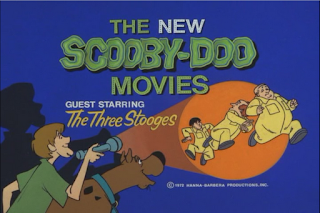 December 17/18
New Scooby-Doo Movies: Ghastly Ghost Town (1972)
The first Scooby-Doo Movie finds The Scooby-Doo Detectives forced to seek help on foot in the desert after their van is forced onto a sand dune by a low-flying, king-sized bat. They come across Moe Howard, Larry Fine and Curly-Joe DeRita, whose amusement park is really the one in need of help.
IMDB.com 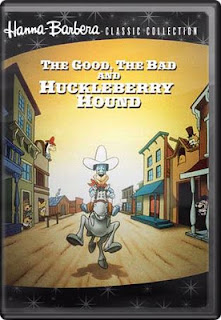 December 31/01
The Good the Bad and the Huckleberry Hound (1988)
While traveling through the desert to start a farm and raise goats and pigs, Huckleberry Hound becomes the sheriff of a small town and protected it from the Dalton gang: Stinky, Pinky, Finky, and Dinky. However, the Daltons prove to be too much and take over the town, after sending him to his doom. Fortunately, he survives (with the exception of his lost memory) and is found by the beautiful Desert Flower, who he falls in love with. Can Huck regain his memory, beat the Daltons, help his friends get their town back, and when the hand of the lovely Desert Flower?
IMDB.com
Posted by RNDH1987 at 2:37 PM No comments: