Some great premieres next month. That's one thing that really improved aftter Boomerang CEE seperated from European feed - Boomerang Cinema has become much better with more variety and movies that were not shown before. Boomerang Cinema airs every Saturday at 14.30CET with the replay on Sunday at 12.30CET. 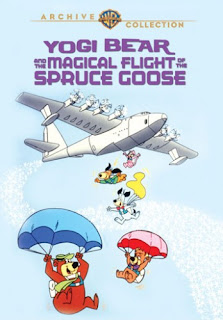 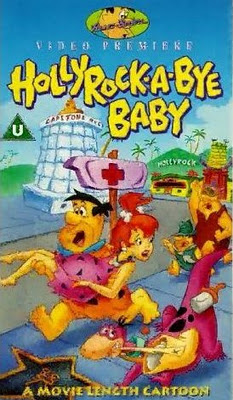 January 14/15
Flintstones Hollyrock a Bye Baby (1993)
Pebbles and Bamm-Bamm, now married, soon become blessed: Pebbles is pregnant, so the Flintstones and the Rubbles go to Hollyrock and stay with them. Fred's rented a new RV for the occasion. Wilma, Betty and Fred fuss over poor pregnant Pebbles, and won't give her a moment's peace. The excitement of being grandparents is strong, also along is old lady Pearl Slaghoople, Wilma's mom and the new Great Grandmother to Pebbles and Bamm-Bamm's kids.
IMDB.com 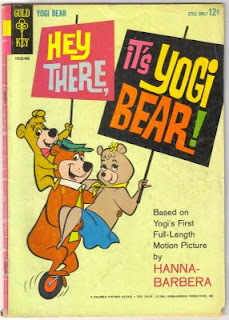 Yogi's still hamming it up in Jellystone, swiping "Pic-a-nic" baskets and irking Ranger Smith. Best buddy BooBoo is along for the ride, as is the lovely Cindy Bear. Yogi and Cindy's romance is proceeding nicely until Ranger Smith ships Yogi to the San Diego Zoo. However, Yogi substitutes another bear and remains at Jellystone. Panicked, Cindy runs off to find Yogi, but she gets caught up in the world of a scheming showman. The impresario forces Cindy into a perilous high-wire act at his cruel circus, where only a certain smarter-than-the-average bear can save her. 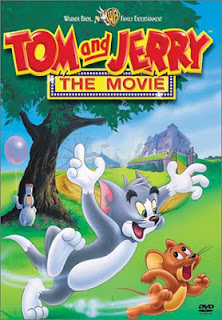 Tom & Jerry: The Movie (1992)
When Tom and Jerry fall out of a moving van, whilst fighting, they have to combine their skills to find a new family home. But first they have to survive the big city on their own.
IMDB.com
Posted by RNDH1987 at 10:54 PM No comments:

Weekends are the same as previous month, with the return of Dastardly and Muttley. Again some good premieres in Boomerang Cinema but more about that in a special post. 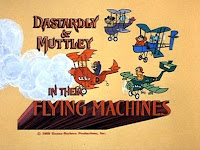 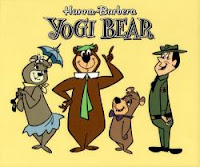 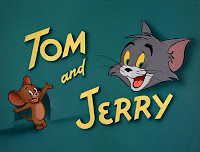